BANGKOK — The first raft of measures issued under the emergency decree on Wednesday instructed senior citizens and those with vulnerable health conditions to refrain from leaving their homes unless absolutely necessary.

The same order, which will come into effect a minute after midnight, also bars traveling into Thailand through its land, sea, and air border checkpoints, with several exceptions. Facilities like nightclubs, playgrounds, and sports venues in Bangkok metropolis will remain closed down indefinitely.

Violations may be punished by up to two years in prison under the 2005 Royal Decree on Emergency Situations. Offenses not mentioned in the decree may also be punishable by other laws related to public health and safety.

Curfews are not mentioned in the statement, which also absolved security officers from prosecution when carrying out operations ordered by their superiors.

The announcements, which are effective nationwide from tomorrow to April 30 unless stated otherwise, include:

Provincial governors can ban the public from entering any designated areas
Venues with high risks of infection in Bangkok, Nonthaburi, Pathum Thani, Nakhon Pathom, Samut Prakan, and Samut Sakhon, will remain closed, such as nightclubs, spas, gyms, sports stadiums, and massage parlors.
Land, sea, and air travels into Thailand will be denied with the exception of goods transportation, diplomatic missions, foreigners who hold work permits in Thailand, Thai citizens with embassy permits and health certificates, and any other journeys exempted by the Prime Minister.
Hoarding goods related to food, drinking water, and medical supplies will result in arrests and prosecution.
Large gatherings will be banned.
News coverage that contains false information or cause panic or affects national security will be censored, and those responsible for the contents punished.
People under 5 and over 70 will be asked to stay home. They should only journey outside for medical appointments, banking activities, buying their food, contacting the police, carrying out law enforcement orders, among other essential activities.
Those with preexisting health conditions are also asked to stay indoors.
Commuting between provinces is discouraged, and those who travel to another province will be required to undergo health checks and give their personal details for a possible quarantine order.
Shops selling essential goods and services will continue to operate, including banks, factories, markets, supermarkets, financial institutions, gas stations, and online deliveries.
---
Hier wordt duidelijk aangegeven dat er op dit moment geen avondklok wordt ingevoerd.
Ook is er geen verplichting voor bepaalde groepen om thuis te blijven, wel dringend aangeraden. Dit zijn:
- personen boven de 70 jaar;
- personen met onderliggende ziektes, vooral longpatienten;
- kinderen onder 5 jaar. 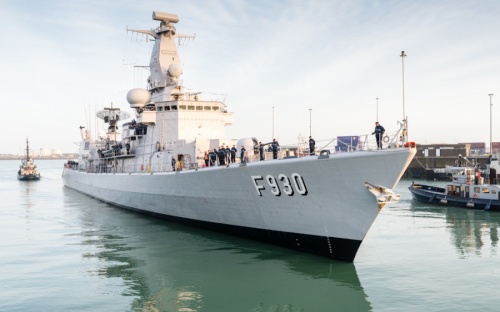